The Survival of Consciousness Hypothesis 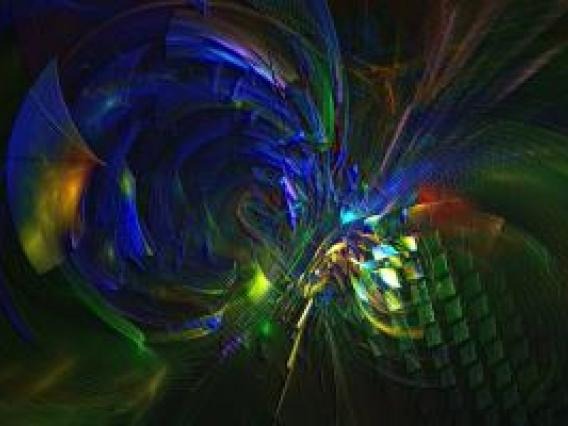 Is the mind created by the brain?

Controlled laboratory research with evidential mediums, combined with advanced technology research, points to the primacy of consciousness and the existence of a greater spiritual reality.

The academic book edited by Plante and Schwartz 2022 and titled Human Interaction with the Divine, the Sacred, and the Deceased: Psychological, Scientific, and Theological Perspectives is published by Routledge / Taylor & Francis[1].

In the peer-reviewed scientific article published in the journal Explore: The Journal of Science and Healing, Dr. Schwartz has outlined a state-of-the-art methodology for providing “tipping point” evidence for the survival hypothesis.  Below is the abstract to the 2021 Schwartz paper:

The gold standard in biomedical research is the multi-center, multi-blinded, randomized control trial (RCT). In pharmacological research the RCT is termed a Phase III clinical trial. This paper presents the core goals and RCT methods developed to investigate automated spirit presence and communication. The goals are: (1) to use currently available, reliable, and affordable technology (total hardware cost per system less than $4,000; these systems will be provided free to collaborating laboratories), (2) to automate data collection and real-time analyses employing specially designed software, (3) to only require a quiet space (used at night) in collaborating laboratories, (4) to not necessitate human subjects committee approvals at collaborating institutions (because the participants are hypothesized spirit participants), and (5) to enable international collaboration regardless of the investigator’s personal beliefs about the hypothesis. The research design and methods meet a phrase popularized by Carl Sagan: “Extraordinary claims require extraordinary evidence.” The design minimizes false positives and false negatives. University affiliated investigators in established laboratories who regularly publish in peer reviewed journals, and are interested in collaborating in this RCT, are invited to contact the author.

A multi-replicated large scale validation study has been completed and submitted to a mainstream scientific journal (Schwartz, under review).  Below is the abstract of this article.

This paper provides a theoretical as well as experimental methodology for reexamining the assumption that the brain is responsible for creating and maintaining consciousness.  A careful conceptual analysis of the three types of converging neuroscience methods – correlation, stimulation, and ablation – which together are consensually interpreted as justifying the conclusion that complex neural processes create consciousness, prove to be identical to the three electrical engineering methods routinely used to diagnose and repair televisions and monitors, i.e., technologies that receive external information.  Logic dictates that additional methods are required to distinguish between systems (biological or technological) that create versus receive a specific phenomenon (e.g., consciousness). Whereas the ‘brain creates consciousness’ model requires that consciousness cease after physical death, for example, the ‘brain as a receiver of consciousness’ model predicts that consciousness exists beyond physical death (e.g., as proposed by William James, John Eccles, and Wilder Penfield).  A multi-center, multi-blinded, randomized control trials methodology employing hypothesized postmaterial participants is presented. Using innovative computer automated cognitive and personal identification tasks, replicated findings are reported from large sample validation experiments involving 1,504 experimental sessions versus 864 matched control sessions (p <.0001). Implications for expanding theories and models of consciousness and the brain are proposed.

Using ultra-sensitive / low-noise technology, it is theoretically possible that a practical technology can be invented for detecting and communicating with “post material persons.”  Ongoing research at LACH is exploring this potential.  Interested readers can learn more at the SoulPhone Foundation's website (www.thesoulphonefoundation.org).

Learn more about the latest research in this area and the progress toward a working SoulPhoneTMhere.

“What we know is a drop, what we don’t know is an ocean.”